Full review now posted!
This review and more can be found on Booknest.

For years, Nora Roberts has been my feel-good author. If I'm sick or depressed or just stressed, she's my go-to fiction author. She's my literary popcorn. Her books are a bubblebath for my brain. There's something about her writing that just absorbs me from the first page, and her characters always feel like family. The work ethic of Nora Roberts astounds me. Every year, she puts out at least three (often four) new books. These are books that have never before been published. And no, she doesn't have a team of writers working under her name. If a book says it's written by Nora Roberts or her pen name, J.D. Robb, then she wrote it herself. And she's not doing this for money; with over two hundred books published, the woman is set for life. No, she writes because it's her passion, and I respect her immensely. Yes, her work is formulaic, but it's supposed to be!! I don't pick up her books to be surprised; I pick them up for their familiarity and the comfort that brings.

Okay, end my gush-session over Nora. On to this actual book!

Come Sundown is, like all of Nora's books, a story with family at its core. Whether borne of blood or forged by friendship, family is always the central theme of Nora's novels. This book takes place on the Bodine Ranch and Resort in the heart of Big Sky Country, otherwise known as Montana. Bodine Longbow is our female main character and manager of the resort side of her namesake. Callen Skinner, her brother's best friend and her own childhood crush, has returned home after leaving at eighteen to make a name for himself in Hollywood. He's the best horseman around, and owner of the most unique horse around, Sundown. This trick horse is more than just a horse to Cal; he's Cal's brother and friend. The relationship between the two is so sweet to read about, but the relationship between Cal and Bo is even more fun to watch blossom. As always, Nora is the queen of romance, and in this book we have one central romance, with two more budding romances on the periphery.

But as stated previously, the core of this book isn't romance; it's family. And this family has a skeleton in their closet, one that reasserts itself in a brutal and heartbreaking way as the story progresses. I won't get into what this skeleton is, as it's a central plot point that I don't want to spoil, but it was harsh. I know terrible things happen in life, and that those terrible things can (and should) make their way into fiction. But at times, the experiences of one character were incredibly hard to read about. There should be a couple of trigger warnings with this book (especially for rape). But, though there were aspects of this book that were uncomfortably realistic, I knew that everything was going to be okay. The best part of Nora's books are the happy endings, and this book definitely delivered that.

All in all, this was a great standalone offering from one of my favorite authors. It had romance and horse and gorgeous sunsets and family dinners filled with laughter. It had love conquering all and good triumphing over evil. If you're in the market for a romance with a surprising amount of substance but a guaranteed happy ending, I highly recommend this book.

A saga of love, family ties, and twisted passions from the #1 New York Times bestselling author of The Obsession…
Expand text…

The Bodine ranch and resort in western Montana is a family business, an idyllic spot for vacationers. A little over thirty thousand acres and home to four generations, it’s kept running by Bodine Longbow with the help of a large staff, including new hire Callen Skinner. There was another member of the family once: Bodine’s aunt, Alice, who ran off before Bodine was born. She never returned, and the Longbows don’t talk about her much. The younger ones, who never met her, quietly presume she’s dead. But she isn’t. She is not far away, part of a new family, one she never chose – and her mind has been shattered…

When a bartender leaves the resort late one night, and Bo and Cal discover her battered body in the snow, it’s the first sign that danger lurks in the mountains that surround them. The police suspect Cal, but Bo finds herself trusting him – and turning to him as another woman is murdered and the Longbows are stunned by Alice’s sudden reappearance. The twisted story she has to tell about the past – and the threat that follows in her wake – will test the bonds of this strong family, and thrust Bodine into a darkness she could never have imagined. 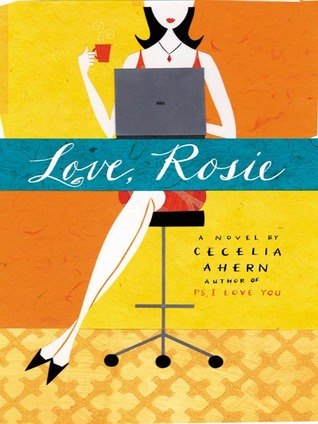