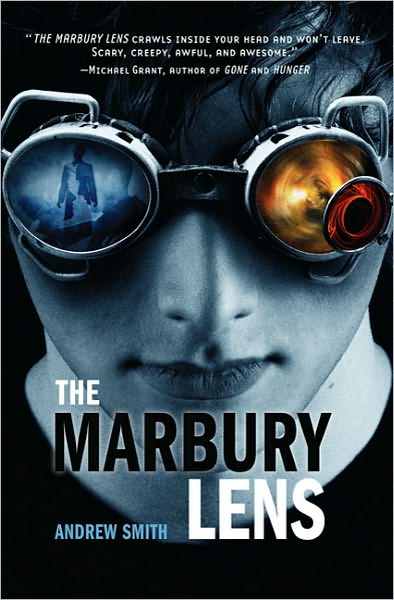 MY BRAIN! MY POOR BRAIN!

Okay, this is basically me reading this book:

Except, that's not actually me in that picture. And I read this in an overheating car on a long car trip, squashed between two of my sisters. So I had no desk to *headdesk* with. I only had the book itself. Which made my family very concerned.

My sister kept being like, "Uh, is that book really that bad"

If you've read it, you know what I mean.

Now, I found this book very hard to digest. When I finished reading it, I felt as if I'd been hit by a train. I'd never seen it coming and then ... I had no idea what had just happened. And my brain had exploded into little pieces.

At first, I didn't know how I felt about it. I definitely liked it, I just couldn't for the life of me figure out why. I initially gave it 4 stars, but after thinking about it for a few days, I'm giving it 5--even though it'd probably be more like a 4.5 for me. But, you get the idea. This book is good.

SO WHAT'S THIS BOOK ABOUT, YOU ASK I'll attempt to tell you without spoilers.

Well, it's about a boy named Jack who gets drunk one night, wanders out into the street, and gets kidnapped by a creeper named Freddie Horvath. Freddie tortures and attempts to rape Jack, but Jack narrowly escapes. The next night, Jack and his friend Conner commit a horrible crime. Soon afterward, they go off on a trip to England and try to pretend it never happened. But as soon as he arrives in England, Jack meets a mysterious stranger who hands him a pair of glasses--glasses which transport him to a horrific, post-apocalyptic world called Marbury, where he is responsible for keeping two younger boys alive. Conner can also go to Marbury. But in this alternate universe, the two best friends find that they are caught in a war--and that they're on opposite sides.

This book is fantasy realism at its finest. I know it's not a genre that appeals to everyone, but personally I love books that confuse the crap out of me--as long as they do it in an interesting way. This book forces the reader to question reality. What's real What isn't Does it matter What does it mean

One thing is for certain: this book is one hell of a ride. As perplexing as it is, it's very exciting. It's hard to put down and dangerously addictive. As Jack and Conner become increasingly addicted to Marbury, you'll find yourself just as caught in Marbury's terrifying clutches.

The emotions in this book are very strong and believable. I could feel everything Jack was feeling--guilt, insecurity, paranoia, terror, insanity ... I actually felt as if I were living this story, and DANG was it the most scary-ass feeling. Even thinking about it, I'm tempted to look under my couch to make sure nothing's hiding under there. I've also become terrified of my glasses.

And mind you, I typically hate horror. But I didn't think this was just a horror story, despite all the graphic imagery it contained. Sure, it was horrific, but it's a psychological thriller as well. I can't stop thinking about it.

The main question is, What is Marbury

I think that's something for every reader to decide for himself, because I don't think there's a concrete answer.

Personally, I thought Marbury was a place to find redemption. After all, everyone in Marbury had a counterpart living in the real world. But the reverse was not true; that is, not everyone in the real world has a counterpart in Marbury. This leads me to believe that people who commit crimes have a counterpart in Marbury. In Marbury, Jack and Conner both seem to be in situations where they have to find a purpose and decide what's they have to do for the greater good. Jack, Conner, and Seth (a ghost who lives in Marbury, who is also an important part of the story) all certainly seemed to have done something they regretted. Of course, what I liked about this book is that it's all open to interpretation.

That said, there were some aspects that were a little too open-ended. There were things that could have been fleshed out a bit more--like if Freddie had any kind of motivation to kidnap Jack (besides being a creeper), and how that mysterious dude knew how to find Jack and to give him the glasses. I also thought Jack's companions in Marbury (besides Seth) could have been fleshed out a bit more.

Another thing that has kept me thinking ... I saw a lot of reviews for this book bashing it for being homophobic. Jack does happen to be molested by two men--but I didn't think that was meant to be a stereotype. It was to add to the atmosphere of paranoia, to show how Jack felt he could not escape from what Freddie had done to him. Also, Jack and Conner toss the word "gay" around rather carelessly, as most teenage boys do.

However, I didn't interpret this as discriminatory. In fact, throughout the book, I thought Jack and Conner were gay. They certainly seemed abnormally desperate to have sex and "prove" that they were straight. They also seemed to have quite a close and intense relationship in which they kept saying they loved each other ... "BUT OH NO, NOT IN A GAY WAY!" At the beginning, Conner even indirectly invited Jack to have sex with him--in a threesome, but still. Since homosexuality seemed to be a running theme throughout the whole book, I definitely think it was there for a reason. And the feelings of denial experienced by Jack and Conner are very realistic.

Over all, this is quite a thought-provoking read. This is one of the books unfairly bashed by Wall Street Journal journalist Meghan Cox Gurdon, in her article "Darkness Too Visible." I'm not going to disagree with Gurdon that this book is dark. It is. This book is full of language, sex, and horribly graphic images. It's not for the faint-hearted. But while Gurdon implies that darkness in YA literature promotes violence and depression, I felt that in the end, this book was actually about hope. It's about dealing with the horrors of trauma. It's about paranoia and addiction and fear, but it's also about facing all of these things and finding a way through them. I've heard that this book was based on something personal to Andrew Smith; I don't know the details, but I could tell he certainly knew what he was writing about. Poor guy.

I think he needs something adorable to look at. And after reading this, so do I.

OMG LOOK A RED PANDA. SO CUTE AND HAPPY.

Sixteen-year-old Jack gets drunk and is in the wrong place at the wrong time. He is kidnapped. He escapes, narrowly. The only person he tells is his best friend, Conner. When they arrive in London as planned for summer break, a stranger hands Jack a pair of glasses. Through the lenses, he sees another world called Marbury.

There is war in Marbury. It is a desolate and murderous place where Jack is responsible for the survival of two younger boys. Conner is there, too. But he’s trying to kill them.

Meanwhile, Jack is falling in love with an English girl, and afraid he’s losing his mind. 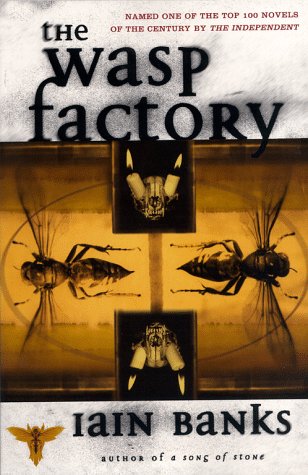