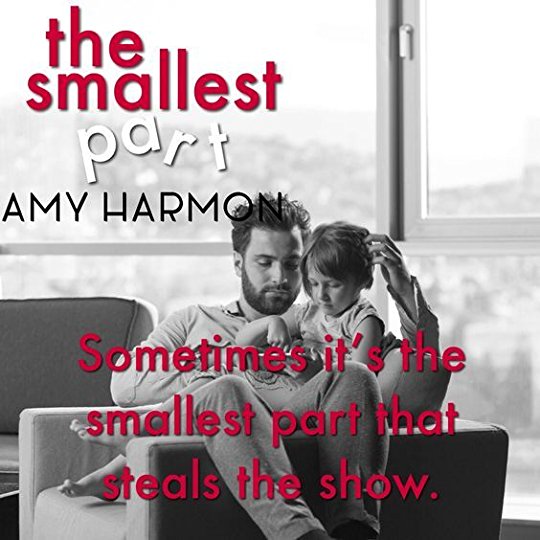 Amy Harmon has done it again. She's woven together a complex, heartbreaking, and uplifting story that I couldn't put down. The Smallest Part was on the angsty side for Harmon, it was also a bit steamier than what she usually writes, and I couldn't get enough. This book captivated me from the first page and never let go. It's a story of friendship, of family, of heartache, loss, and of love.
This is the tale of the girl who didn't get the guy.
Mercedes and Noah have been friends since they were 8 years old. Their relationship has always been more than just friendship, though. They have an unbreakable bond. When they get a little older, they meet Cora and their duo becomes a trio. Cora's home life has been one that's been difficult, but the difference between her and the other two, is Cora doesn't know how to cope with it. Eventually, Cora and Noah become a thing. When Cora lets Mercedes know about her feelings, Mer lies about her own. What is she to do Mer is that kind of friend, the one who would sacrifice her own happiness for another. So from there on out, it's Noah and Cora.

There is so much that happens in the present of this book. The lives of Mercedes and Noah have forever changed. The one consistent thing, the thing that has always been true, is that through all the sorrow, the two of them have each other.

Mercedes is one of the most loyal, fierce, and stand-up heroines I've read about. She's tough, fiery, and everything she does, all the sacrifices she makes, she does for the ones she loves. She was the character that stole the show for me in this one. Dr. Noah Andelin is a character I remember reading from one of Harmon's other reads (and what an incredible cameo in this book!) and he has the greatest heart. It's so big, so full, and even with all the loss he's experienced, he still manages to be this light for others.

There is no better pairing than the one of Noah and Mercedes. No couple more deserving of each other. I loved their friendship and the chemistry between them. The title of this book couldn't be more fitting. Some of the smallest parts of this book had the most life. The characters of this book were so complex, and so many different things were woven together to make for an incredible read. So many parts had me in tears, but I also couldn't wipe the smile off my face through a lot of the story.

The Smallest Part is an unforgettable read. I struggle to say this is Harmon's best book, because, to be honest, most of her books are on this level of greatness. I can imagine it is more difficult to write many brilliant and unforgettable reads, than to just write one and never do it again. Amy thrives on writing these books. She's consistent with her amazing story telling, and this book was no exception. This story has so much heart, it was bursting at the seams. I love how friendship is such a focus in this story. How all the small things add up and come together. I honestly loved everything about it. This will be going on my favorites shelf and I highly recommend picking it up.

“In the end, only three things matter. How much you loved, how gently you lived, and how gracefully you let go of things not meant for you.”
– Unknown

It was a big lie. The biggest lie she’d ever told. It reverberated through her head as she said it, ringing eerily, and the girl behind her eyes – the girl who knew the truth – screamed, and her scream echoed along with the lie.
“Are you in love with Noah, Mercedes?” Cora asked. “I mean . . . I know you love him. You’ve been friends forever. We all have. But are you in love with him?”
If it had been anyone else – anyone – Mercedes would have stuck out her chest, folded her skinny arms, and let her feelings be known. She would have claimed him. But it was Cora. Brave, beautiful, broken Cora, and Cora loved Noah too.
So Mercedes lied.
And with that lie, she lost him. With that lie, she sealed her fate.
She was the best friend, the bridesmaid, the godmother, the glue. She was there for the good times and the bad, the ups and the downs, the biggest moments and the smallest parts. And she was there when it all came crashing down.
This is the tale of the girl who didn’t get the guy.


The Smallest Part part 1 of 2

The Smallest Part part 2 of 2 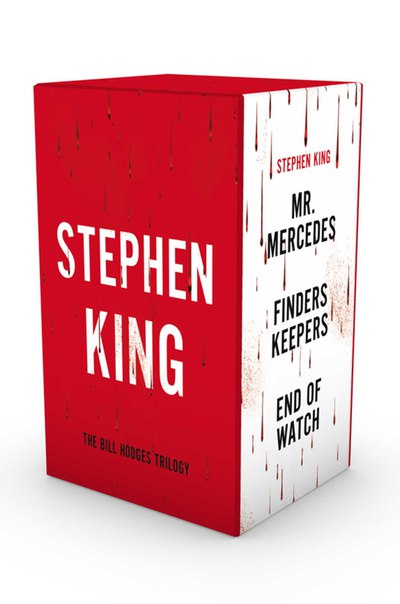