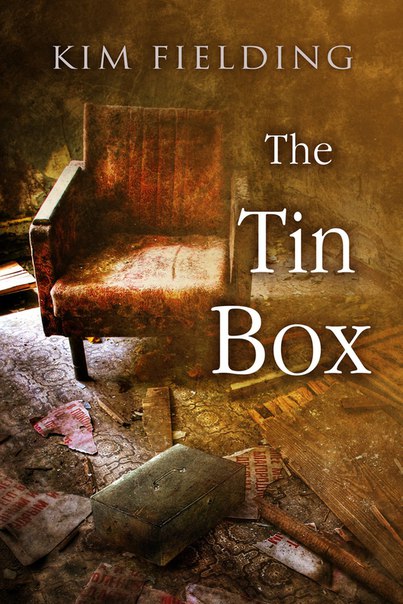 I'm a self-centered person; books like this, and other things I see from time to time, remind me of this fact. Take my back for example - I'm 33, but I've got the back of a man in his late 90s. I complain about my back constantly; telling anyone who will listen all about the fact that I have to sleep on the floor sometimes when I throw my back out while bending over to tie my shoes, but then I get reminded that I'm a self-centered person when I see the short, yellow bus that picks up the little boy down the street; the little boy who will spend his life in a wheelchair; the little boy who always waves at me when I jog by his house. He's always got a big grin pasted on his face when he sees me running by on my two good legs. So... self-centered.

The Tin Box tells two stories. The main story is about William, a man who has finally decided to admit to himself that he's gay. William takes a job care-taking at an abandoned insane asylum.
William's history is brought out slowly and the reader learns just how far he was willing to go, and how far he was forced to go, to avoid being gay, but now that he's decided to face the truth, he tries to be open to the situation when he meets Colby, an out and proud man who works at the store where William does his shopping.

The second story concerns Bill, a long gone inmate of the asylum. Bill had been confined to the asylum when his family learned he was gay. Bill's story parallels William's and demonstrates how much, and how little, things have changed for people who don't love the way they're "supposed" to love.

I was not surprised to read about the horrible things that happened to Bill at the asylum. I've worked in psychiatry most of my adult life and I am well aware of the profession's sometimes brutal history. It's just that I don't think about these things often because... self-centered.

I felt so sorry for myself when I came out. My mom cried and my sister wrote me a nasty letter quoting bible verses and... that's it. That's all that happened to me. Nobody tried to lock me away. Nobody tried to force me into physically painful or soul-crushing "therapy."

Every minute some brave young man or woman comes out. Most of them are in for a rough time, but it's a rough time that is blessedly brief and then they get to live and love the way they're supposed to live and love... but there are still those who won't be that lucky. There are those who will be sent away to be "treated," which means shamed until they either run into the unknown or allow their spirits to break and agree to live a life that is nothing but a hopeless lie. Most of these people are like William in this book; they will get their happy ending, but they have to work for it far harder than they should have to work just to be happy.

There are also those who will be physically brutalized or even killed for the crime of being honest. It's unthinkable to me that love could equal death for anyone, but it's a sad truth.

I'm self-centered because I never think about these people. I'm too busy doing P90X so I can impress the guy I've got a crush on. I'm too busy writing my silly books that will hopefully make people smile and sell enough copies to finance my next vacation.

So... The Tin Box reminded me about how things used to be and how things still are for a lot of people. It reminded me that I'm a lucky man with a bad back whose mother worries about the fact that he doesn't have a boyfriend. That's right - she nags me for not having a BOYFRIEND.

I know I've gotten seriously off-track and I'm supposed to be writing about The Tin Box and not myself, so, I want everyone to read this book. It won't be easy, I cried a lot, but you won't regret reading it at all; it's wonderful and will stomp on your heart, but, if you're anything like me, your heart can handle some stomping and your brain can handle some reminding about how lucky most of us truly are in this life.

William Lyon’s past forced him to become someone he isn’t. Conflicted and unable to maintain the charade, he separates from his wife and takes a job as caretaker at a former mental hospital. Jelley’s Valley State Insane Asylum was the largest mental hospital in California for well over a century, but it now stands empty.
Expand text… William thinks the decrepit institution is the perfect place to finish his dissertation and wait for his divorce to become final. In town, William meets Colby Anderson, who minds the local store and post office. Unlike William, Colby is cute, upbeat, and flamboyantly out. Although initially put off by Colby’s mannerisms, William comes to value their new friendship, and even accepts Colby’s offer to ease him into the world of gay sex.

William’s self-image begins to change when he discovers a tin box, hidden in an asylum wall since the 1940s. It contains letters secretly written by Bill, a patient who was sent to the asylum for being homosexual. The letters hit close to home, and William comes to care about Bill and his fate. With Colby’s help, he hopes the words written seventy years ago will give him courage to be his true self. 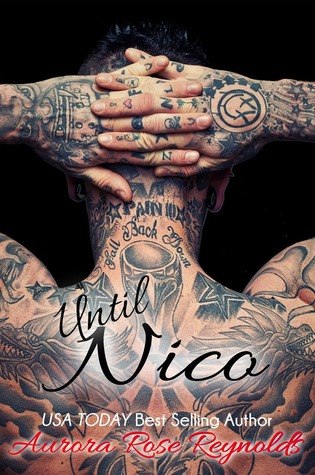